Skip to content
November 10, 2019
In 2017, the sales data of the domestic truck industry went all the way. In a situation where the environment is good, Foton Cummins has also won a beautiful sales data. 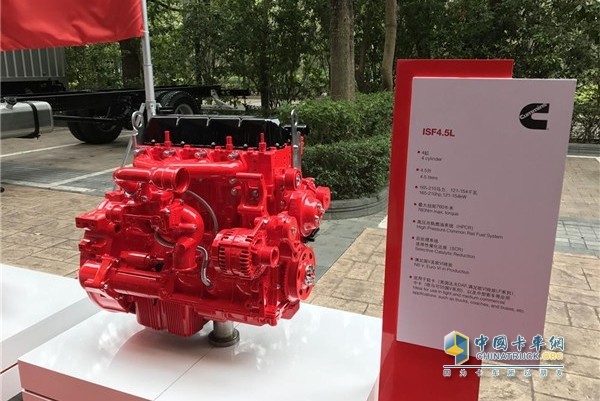 Why February is the â€œlatency periodâ€ of Foton Cumminsâ€™ sales explosion? Because on February 27th, Foton Cummins just released a four-cylinder product that can replace the six-cylinder engine in Chinaâ€™s ISF 4.5L State V engine. The model is likely to start in March and become the "leader" for the sales growth of Foton Cummins.

According to Guan Zhanghua, general manager of Beijing Foton Cummins Engine Co., Ltd., â€œThe ISF4.5L model is based on the classic Cummins B series mid-power platform with a global inventory of over 5 million units and was developed on the existing F series power. ISF4 .5L's five products are a revolutionary product that surpasses the traditional four-cylinder machine and is comparable to the low-horsepower six-cylinder machine in terms of power performance, reliability, and high efficiency. It is an epoch-making product.â€ Since the launch of the ISF4.5L engine, the industry Already, the user has chosen this model to replace the existing six-cylinder in-card. 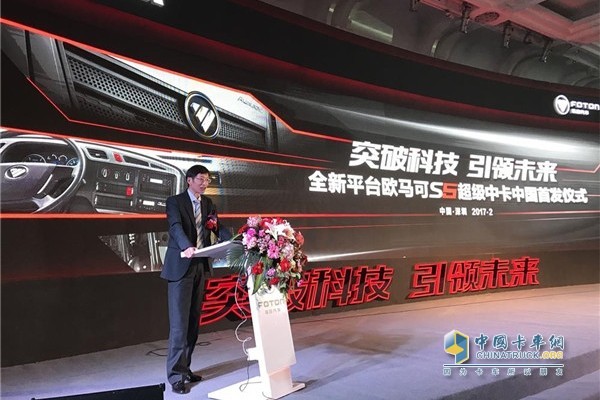 At present, China's China Card market can sell more than 200,000 vehicles a year, and the ISF 4.5L engine will gradually replace the domestic low-horsepower six-cylinder engine in the China Card, which will become a new best-selling model in China Card Power. Huge sales increase. From the following points of view, it is not impossible for Foton Cummins to achieve such ambition.

First, replace the six-cylinder machine with enough power. According to the China Truck Network, the ISF4.5L's five-engine power coverage range is 165-210 hp, and the maximum torque is 760 N.m. The increase in power can exceed 34 kW/L, and the engine is higher than the competitor in the full speed range. At present, Chinaâ€™s mid-cap market still has a lot of six-cylinder machines with 160-180 hp. In terms of power, the ISF 4.5L engine can fully meet the needs of Chinese card users.

Second, the four-cylinder machine occupies a weight advantage. The ISF 4.5L engine has a net weight of only 330kg, which is 200-300kg lighter than the six-cylinder engine. Nowadays, the government is increasingly strict with the government, and the weight of the engine and the vehicle is 300kg, which means that the user can pull 300kg more cargo to bring extra benefits. In addition, the ISF 4.5L engine optimises fuel economy and achieves 2-5% fuel economy, fully meeting the economical needs of users. 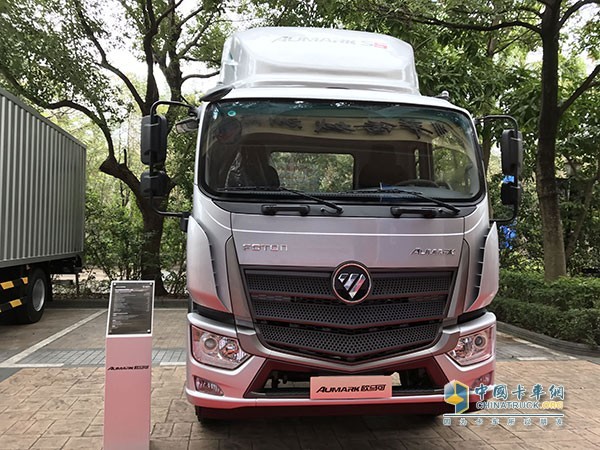 Third, the advantages of acquisition costs and maintenance costs. Compared to the six-cylinder machine, the cost for the user to buy a four-cylinder machine is much lower, which is the purchase cost. In terms of maintenance costs, the ISF 4.5L engine adopts a modular design, the number of parts is reduced by 40%, and the engine has increased the 14L oil sump to achieve an average of 40,000 km of maintenance mileage, 4 times higher than the competing products, and maintained by a kilometer. The cost is only 1/4 of similar products.

From the above three points, it can be seen that Foton Cummins has done enough â€œhomeworkâ€ to achieve the goal of replacing the low-horsepower six-cylinder machine in China Card. From the product level, todayâ€™s users will be more inclined to more cost-effective engines. However, it remains to be seen whether the ISF 4.5L engine will lead to the explosion of sales of Foton Cummins.

Wedge wire screen filer elements are made of stainless steel wedge wire screen. Filter rating is from 30 to 80 microns. Wedge wire screen is welded onto rods with stainless steel wedge wire at every contact point. They are classified into filer sheet, filter basket and filter elements. They have such characteristics as good strength, high ridity, resistance to abrasion and corosion, even gap, good in filtration and fluidity, easy to clean and back wash.
Application Wedge wire screen filter elements are used in sieving of petroleum, chemical industy, pharmaceutics, food and beverage, metalurgy and coal, also can be used in fitration of water treatment.
Wedge wire is a welded steel structure, mainly used for filtration, separation and retention media.
It consists of surface profiles, usually V-shaped, that are resistance welded onto support profiles. The distance between the surface profiles is controlled very accurately, as it forms the slot through which the filtrate flows. 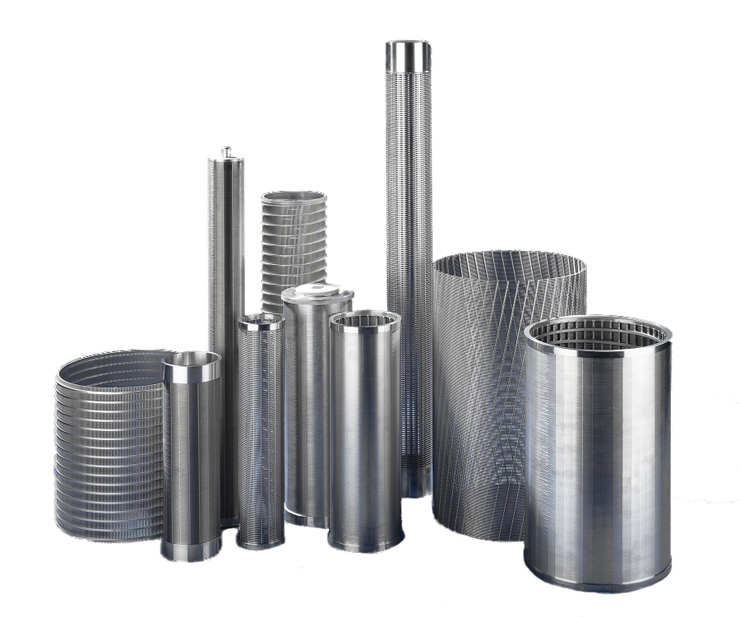 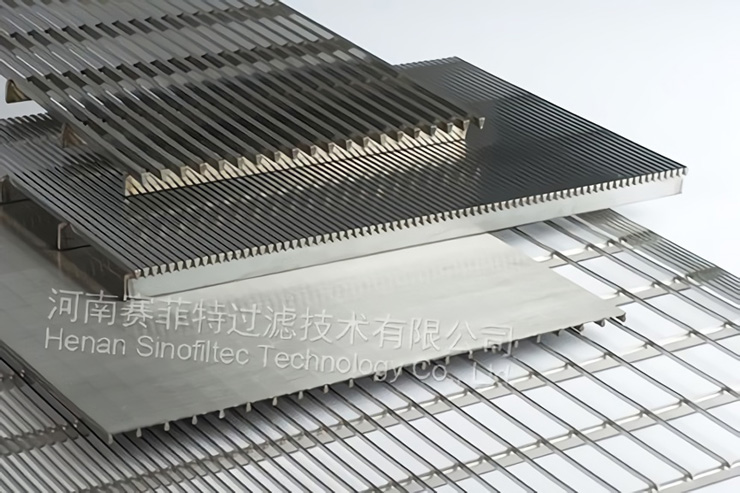 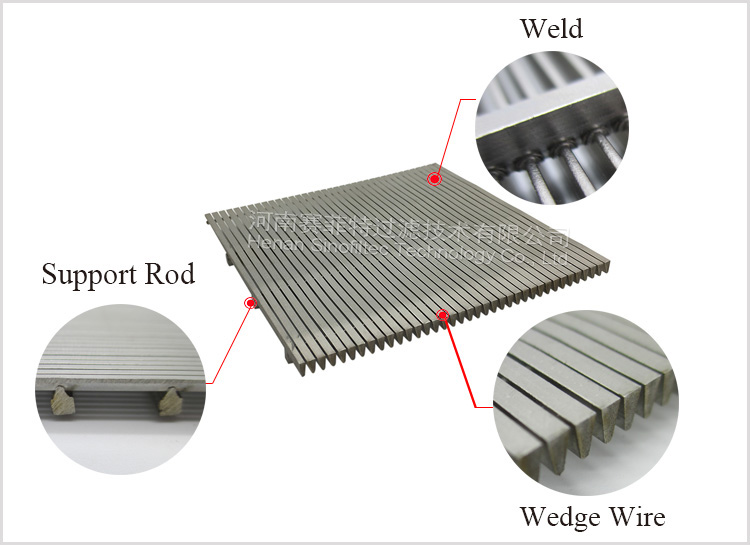 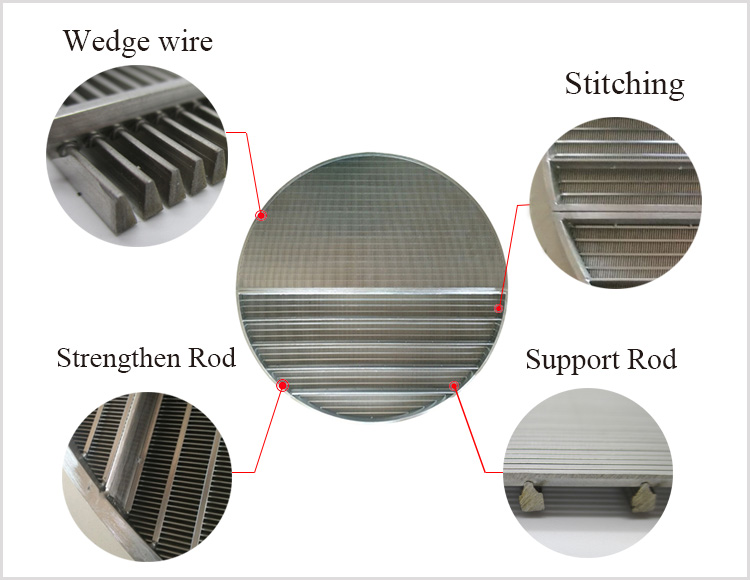