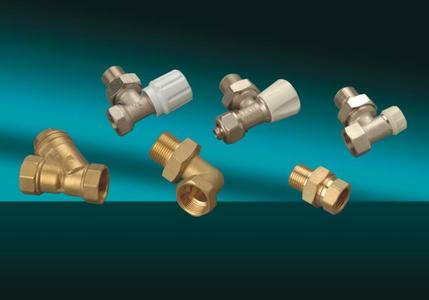 Valves are indispensable fluid control equipment for various departments of the national economy such as petroleum, chemical industry, power stations, long-distance pipelines, shipbuilding, nuclear industries, various cryogenics, aerospace, and marine oil extraction. According to an expert investigation, after many years of development, the number of valve companies in China ranks first in the world. There are about 6,000 valve companies of all sizes, of which 900 have an annual output value of more than 5 million yuan. From the product point of view, China's valve industry has now been able to produce more than 10 categories of products, such as gate valves, globe valves, ball valves, butterfly valves, safety valves, check valves, throttle valves, plug valves, pressure reducing valves, diaphragm valves, Traps, emergency shut-off valves, etc., the maximum operating temperature of 570 Â°C, the lowest -196 Â°C, the maximum pressure of 600Mpa, the maximum diameter of 5350 mm.

In addition, according to relevant department statistics, China's valve market turnover is as high as 50 billion yuan each year, of which more than 100 billion yuan of the market has been occupied by foreign valve companies. Although the valve industry in China has undergone vigorous development after the reform and opening up, it has achieved notable results. However, at present, there are still some problems in China's valve industry. For example, currently China's valve companies mainly focus on low-level, small-scale, and family-oriented enterprises.

Whether domestic or foreign, there are countless valve manufacturers. For the domestic market, it is divided into new construction and expansion projects. However, for the domestic market, many ordinary products produced by small and medium-sized enterprises have exceeded supply, and The competition among these small and medium-sized enterprises has become increasingly fierce. The survival of the fittest has led many companies to close down due to poor management.

For such fierce competition in the domestic valve market, the competition in foreign markets with high technological content is fierce. In foreign markets, the market trade of some developed countries is continuing to develop. The rapid growth of such products as the United States, Britain, France, and other large countries has formed a supporting point for the international valve market. Some multinational companies have also continuously promoted the development of the international market. The regionalization of international trade will also become a major feature.

There are many manufacturers in China's valve market, there are many varieties of products that can be provided, and many are also used in some buildings, as well as heating valves for cities, valves for environmental protection, and some constructions need to be used in many aspects. Valves, and valves like city gas are also many.

In China's current valve market, in addition to the low pressure valve has reached the level acceptable in the international market, high pressure valves still have to rely on imports. In the continuing favorable macroeconomic situation, most of the valve industry's production and sales indicators have maintained rapid growth, but due to the impact of price wars, industry sales revenue and profits have dropped significantly compared with last year.