In most cases, when a car purchaser purchases a used car, it is usually in the daytime. Therefore, many car buyers often overlook the inspection of car lamps . The automotive lamps and lanterns are important parts of the car. The so-called micro-awareness, the quality of automotive lamps directly reflects the performance of used cars. 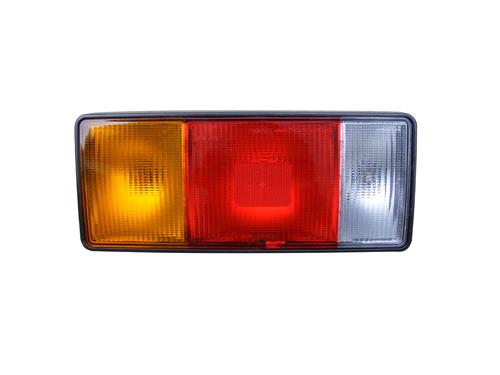 The rear position light of the vehicle plays a warning role for other vehicles, and its function can not be ignored. In the second-hand car market, a number of old Liberation Denway parked. When one of them started, the author noticed that the brightness of the rear position lamp was dim, and it was not easy to find it at a distance of 50 meters. The owner of the shop reluctantly said that these vehicles have not been leaving the factory for a long time, as long as they are not driving on rural roads in the middle of the night, generally there is no problem. Turning to the reasons, he considered insufficient battery charging cable or cause poor contact, change light bulbs and lights cover a big deal, but the latter requires buyers to pay the cost.

Symptom Analysis: Although the tail light is dim, it is a trivial matter, but designing road safety must pay attention to it. 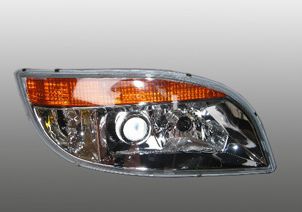 Many second-hand car, fog lights appear is "common problem." At the scene, after the headlights of an old Dongfeng Jinba lighting up, a fog appeared in a moment and the lighting effect was affected. Responsible for the repair master said, "This car had rear-end the car in front, for the bumpers, headlights deformed, resulting in a bad seal it rains there is water infiltration." I learned that the car owner to recover the car line east In the case of Duba , it was purchased at the price of an accident vehicle. Vehicle bumpers and water tanks have been replaced with accessories for the deputy factory. However, since a pair of lights requires nearly 600 yuan, they are intended to be used.

Symptom Analysis: When it rains or when the air is wet, it is easy to produce fog. As the lamp temperature increases, moisture will naturally disappear.

Car headlights are as important as eyes, so careful inspection is essential. In the used car market, the car dealer Luo Yongbo gave the author a demonstration. After he started a Santana in 1998, he turned on the headlights. It can be clearly seen that the brightness of the two front lights is different, the left side is brighter and the right side is darker. Luo Yongbo analyzed that the right side of the lamp may be poor contact or rust, so that the contact resistance increases. In another case, the reflector in the headlight is oxidized or dusty, causing insufficient light collection.

Symptoms analysis: used car headlights are not bright, if the speaker, power window and other components can be used normally, it may be headlamp circuit short circuit, loose terminals, filaments fall off caused. When checking the lights , we must also pay attention to whether the high beam is normal or not. If there is a failure, there may be a short circuit in the lamp circuit, or a damage to the dimmer switch.

The lighting inside the car is relatively simple to check and can be viewed one by one. For example, the welcome light at the bottom of the door, the reading light of the C-pillar, and the lighting of the trunk need to be checked one by one.

Symptom Analysis: In-vehicle lights fail, and it may be normal aging. If components are missing or parts are replaced, they may be damaged in an accident.